Bruce A. Siegel co-led team of over 100 at DRI’s Empire Ride for the DRI

On October 5, 2017, Bruce A. Siegel, Executive Vice President and General Counsel of First Long Island Investors, LLC, co-led the Empire Ride for the DRI in the Hampton’s.  In its second year, the ride raised more than $50,000 and had over 100 riders participate.  Bruce along with the other event chairs have all been affected by diabetes, and wanted to take their passion for cycling to raise both awareness and funds for the DRI’s singular goal of finding a cure diabetes.

The full press release is available on the DRI website by clicking here. 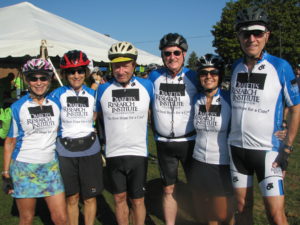 Empire Ride for the DRI cyclists Bruce Siegel, his wife Rachel, (Far Right) and fellow team members are all smiles knowing they did their part for diabetes research.